Chamber in Session: State of the State Welcomes Legislative Delegation 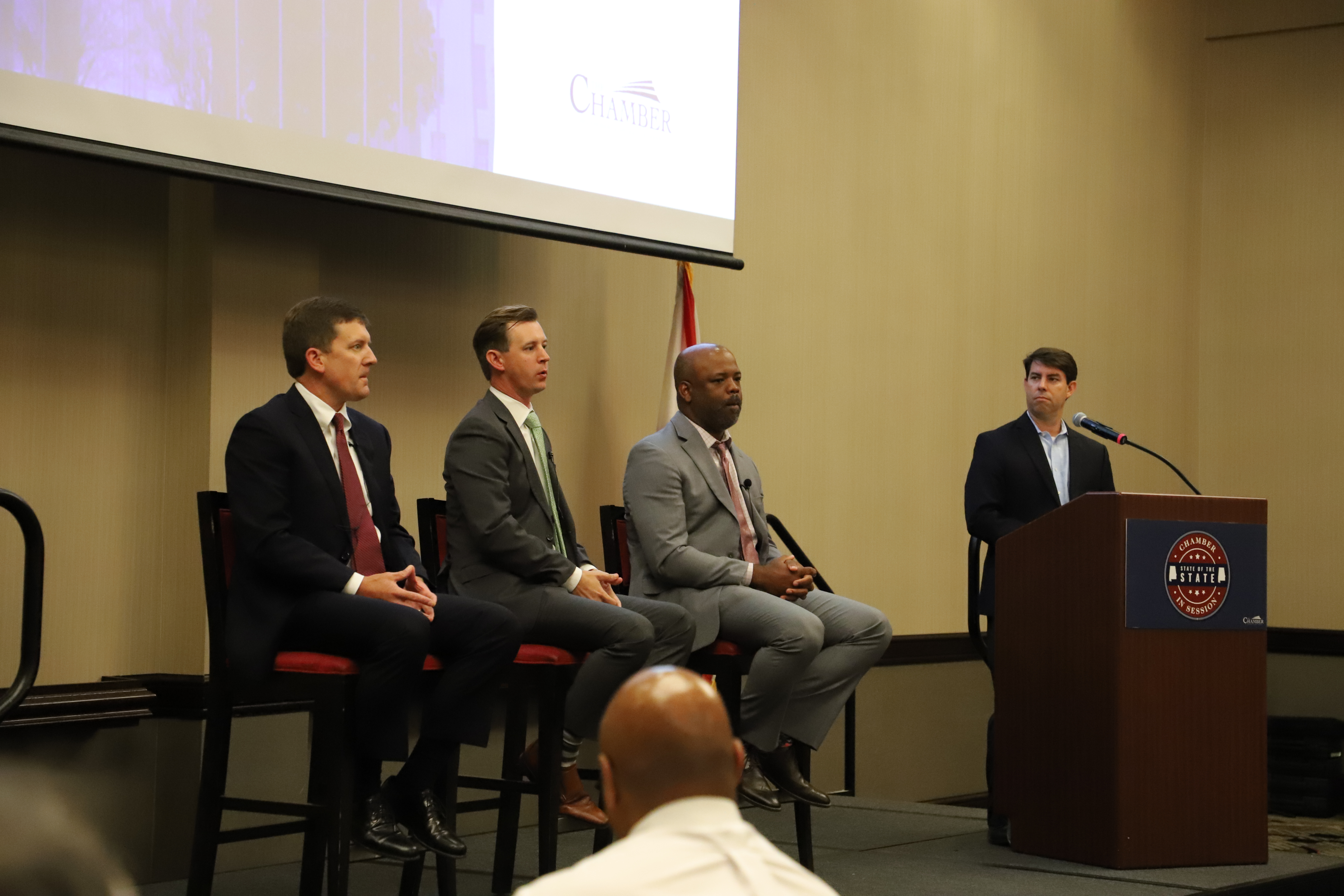 Members of West Alabama's Legislative Delegation tackled issues of interest to members at Thursday's Chamber in Session: State of the State, addressing topics from COVID-19 relief to the state's financial health.

Rep. England said he was pleased about the state's financial situation following the pandemic. "Our system was pretty secure and our state emerged stronger," he said. "Alabama goverment was relatively nimble. We saw executive orders emerge that helped many people."

Rep. South emphasized the rolling reserve previously put into place for the education fund had served as model. "Two years ago, we put a similar vehicle in place for the general fund," he said. "This helped us through situations like this when the economy is in question."

Rep. Poole noted that while "the book hasn't been written" on the pandemic response yet, he and his colleagues are pleased. "We're grateful for local leadership," Poole said. "This has been hard on everyone - healthcare, education leaders, and business."

Moving forward, the delegation noted the legislature still has issues to address with respect to corrections and Medicaid. Alabama, like many other states, is facing a critical shortfall of certified math and science teachers.

Rep. Poole said the state needs 3,000 math and science teachers, and has created a broken out pay scale to attract new teachers, which is creating positive results. "We've made targeted investiments in Pre-K and in technology," he said. "We are going to see a lot of learning loss caused by the pandemic and we cannot overreact to that.

The pandemic also emphasized the critical need for broadband expansion in the state, Rep. South said. "We all can agree there are needs in the outlying areas," he said "Our job as legislators is to draw upon funds to build upon that access and to identify ways to use federal funding to build out those areas. We must make sure we are self-aware enough to understand the difference between served, unserved, and underserved.

The delegation also discussed lottery and gaming, a popular topic of discussion. "Lottery and gaming are suffocating each other," Rep. England said. "A simple lottery bill does not exist."

To wrap up the event, Rep. Poole urged attendees to be organized and strategic with respect to economic development in the area, stressing West Alabama has all the assets needed to be competitive with other areas of the state. 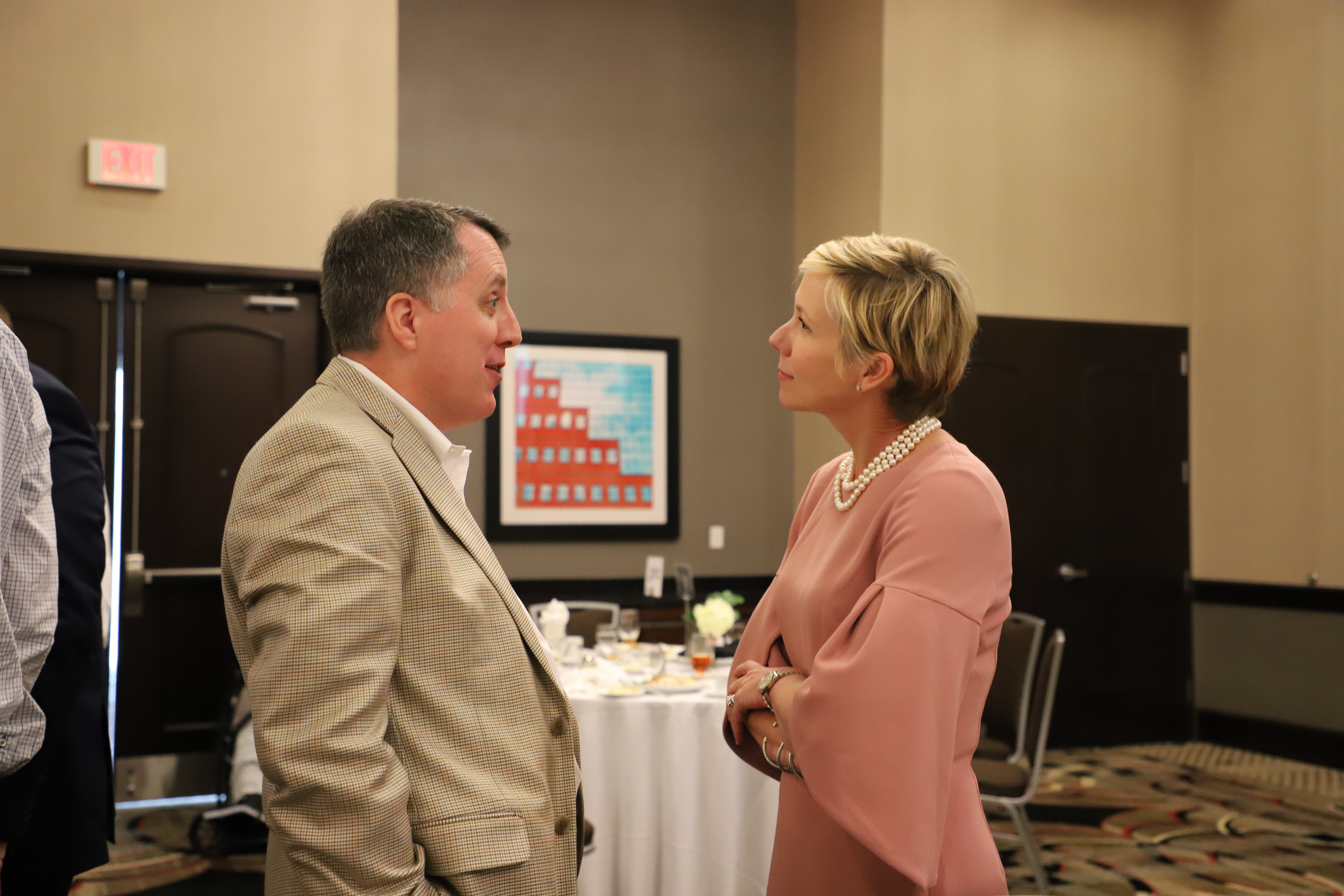 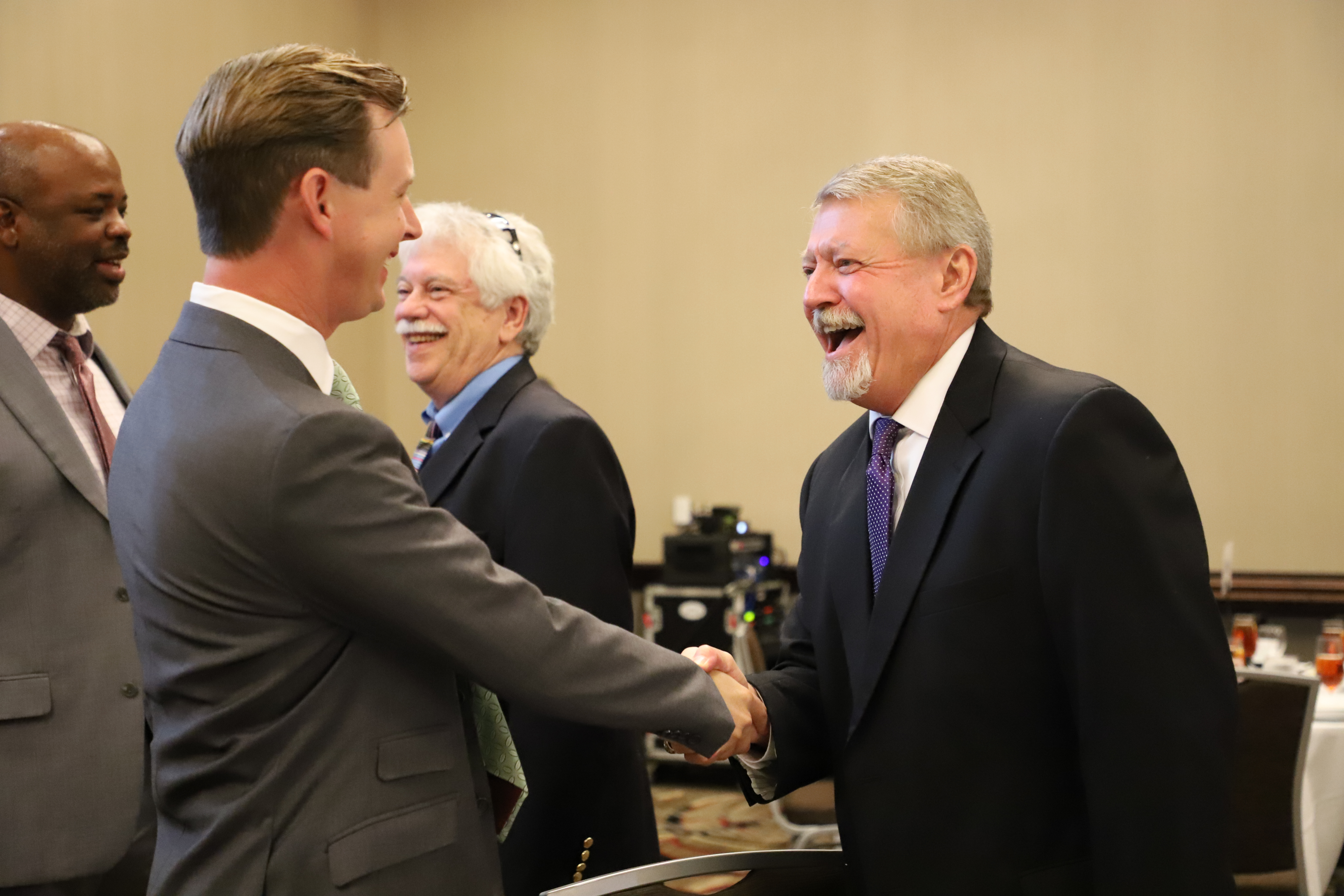 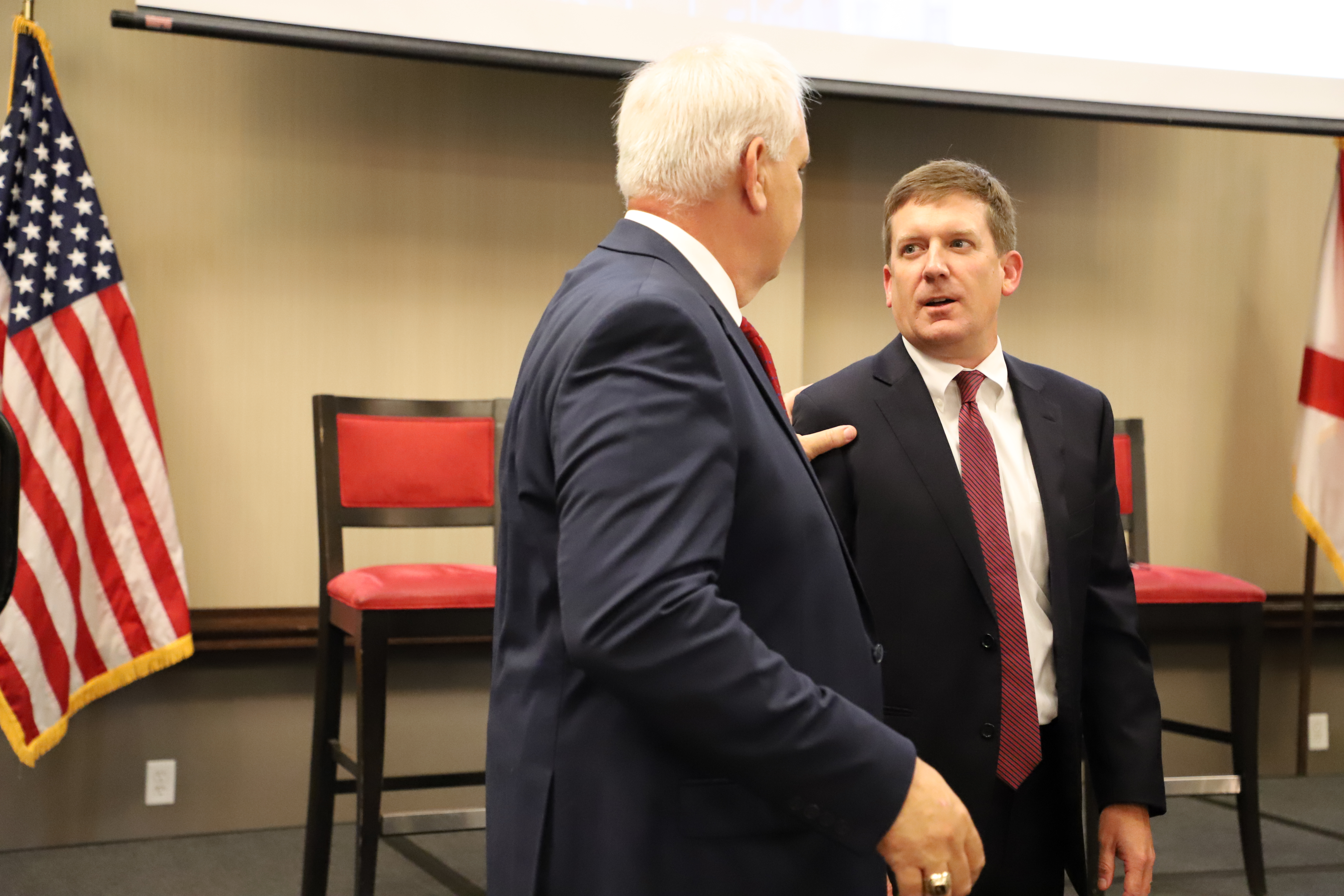 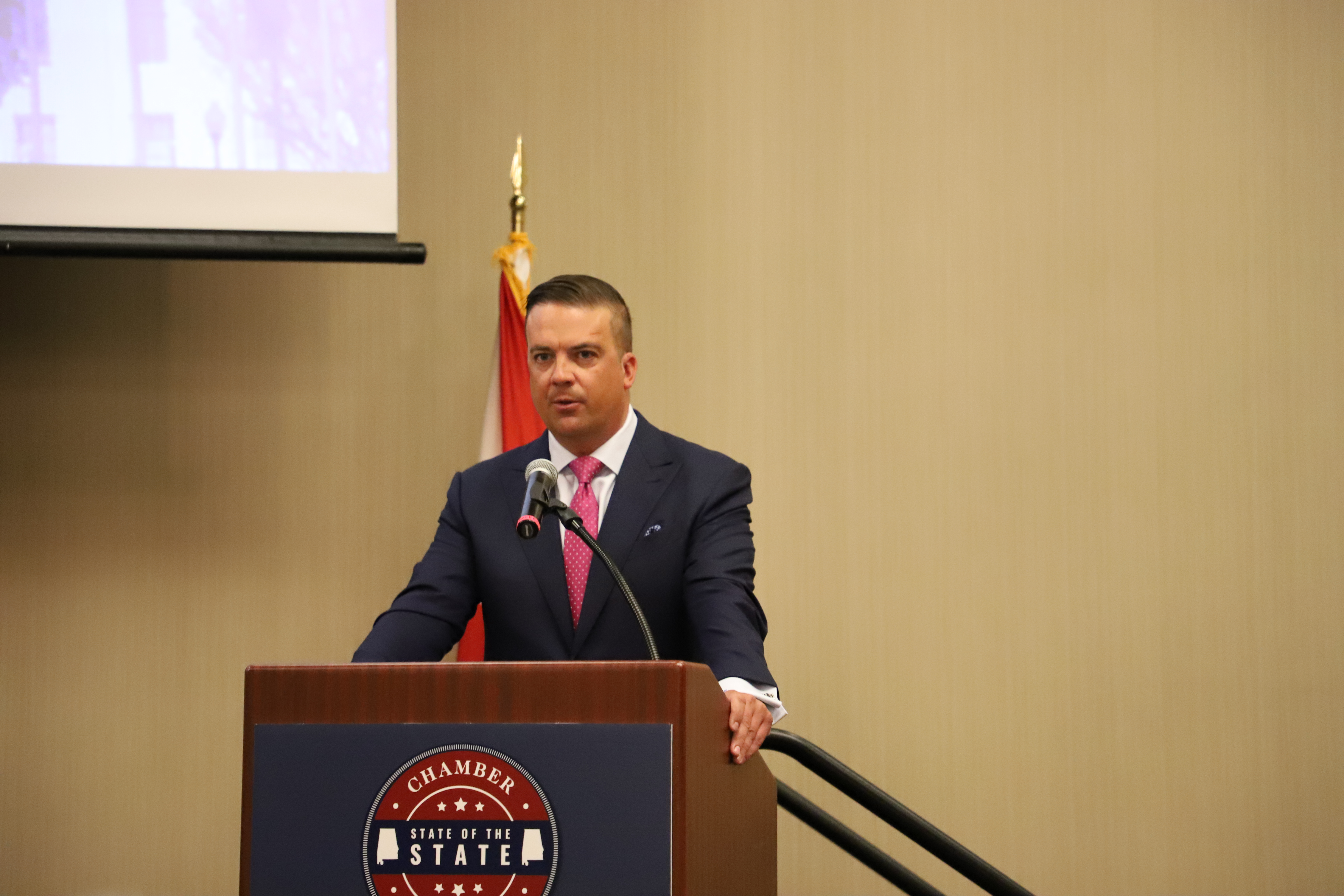 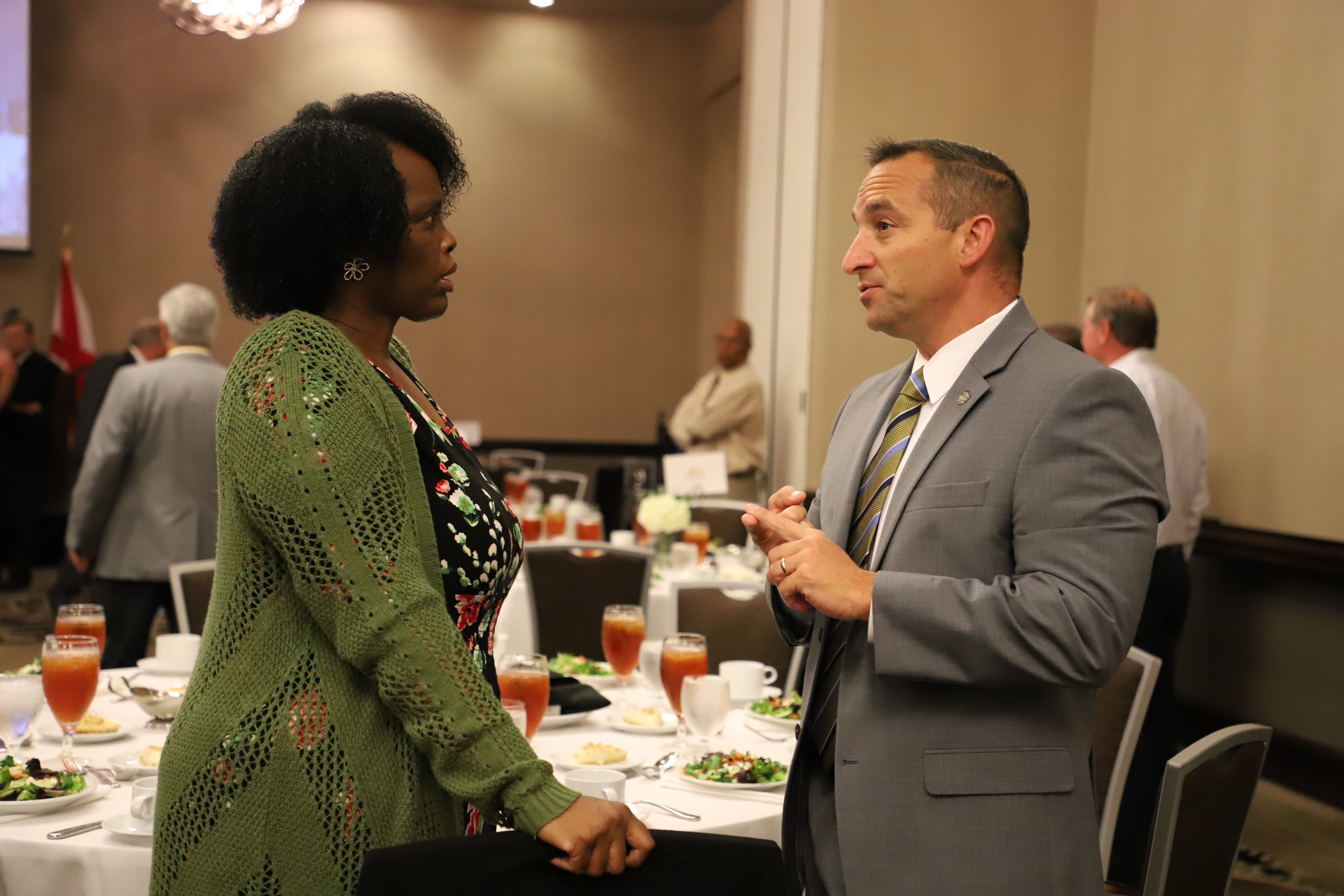 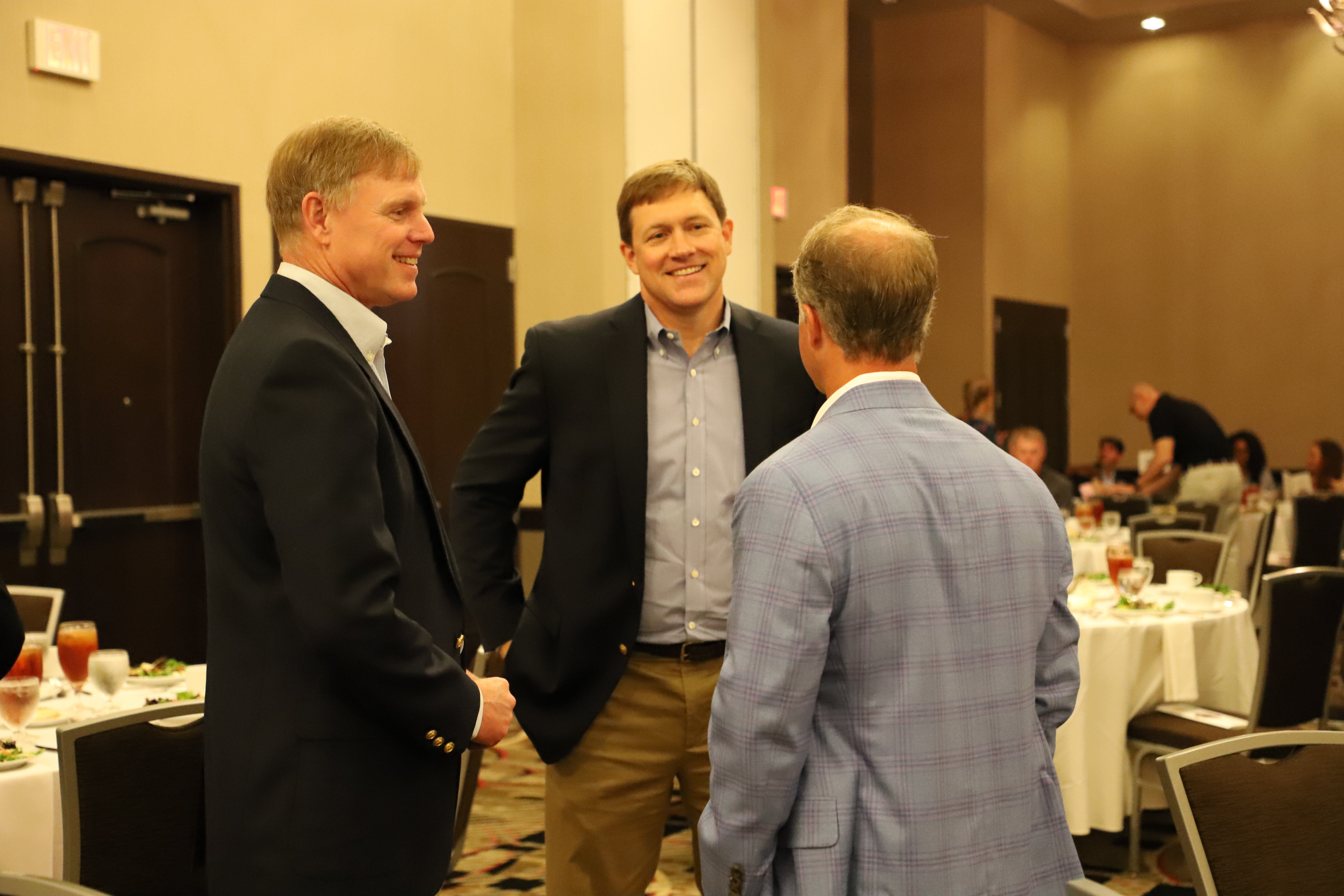 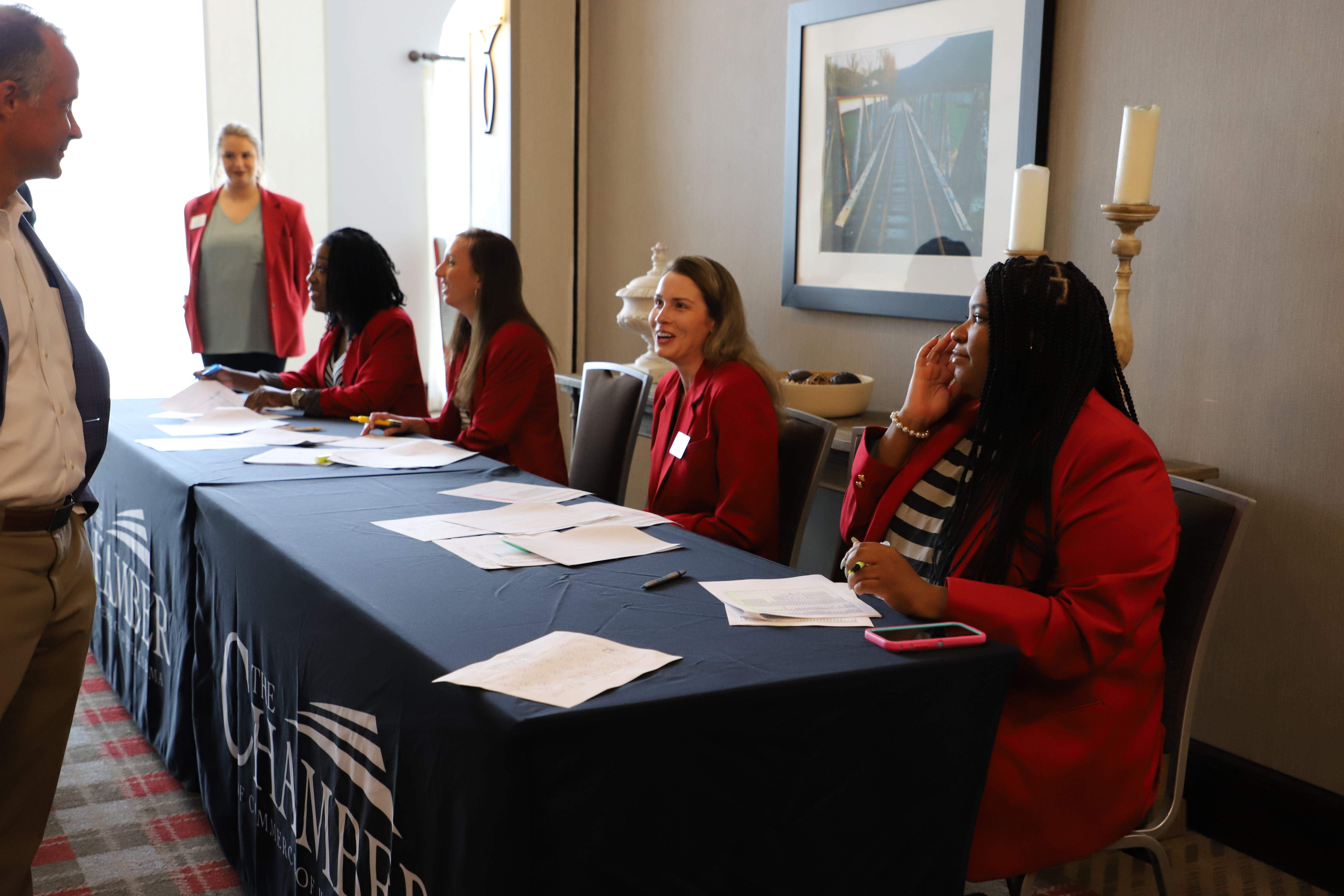 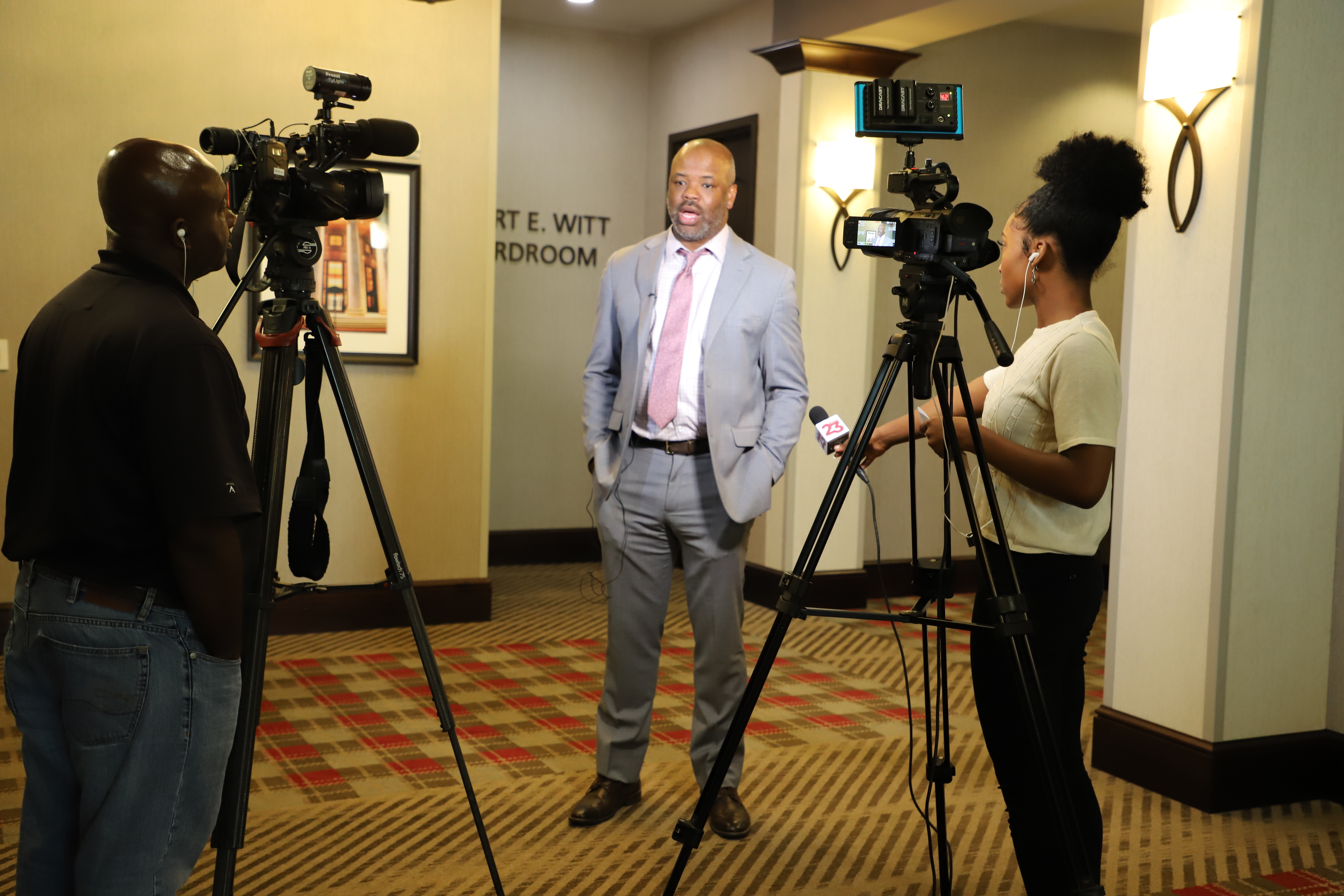