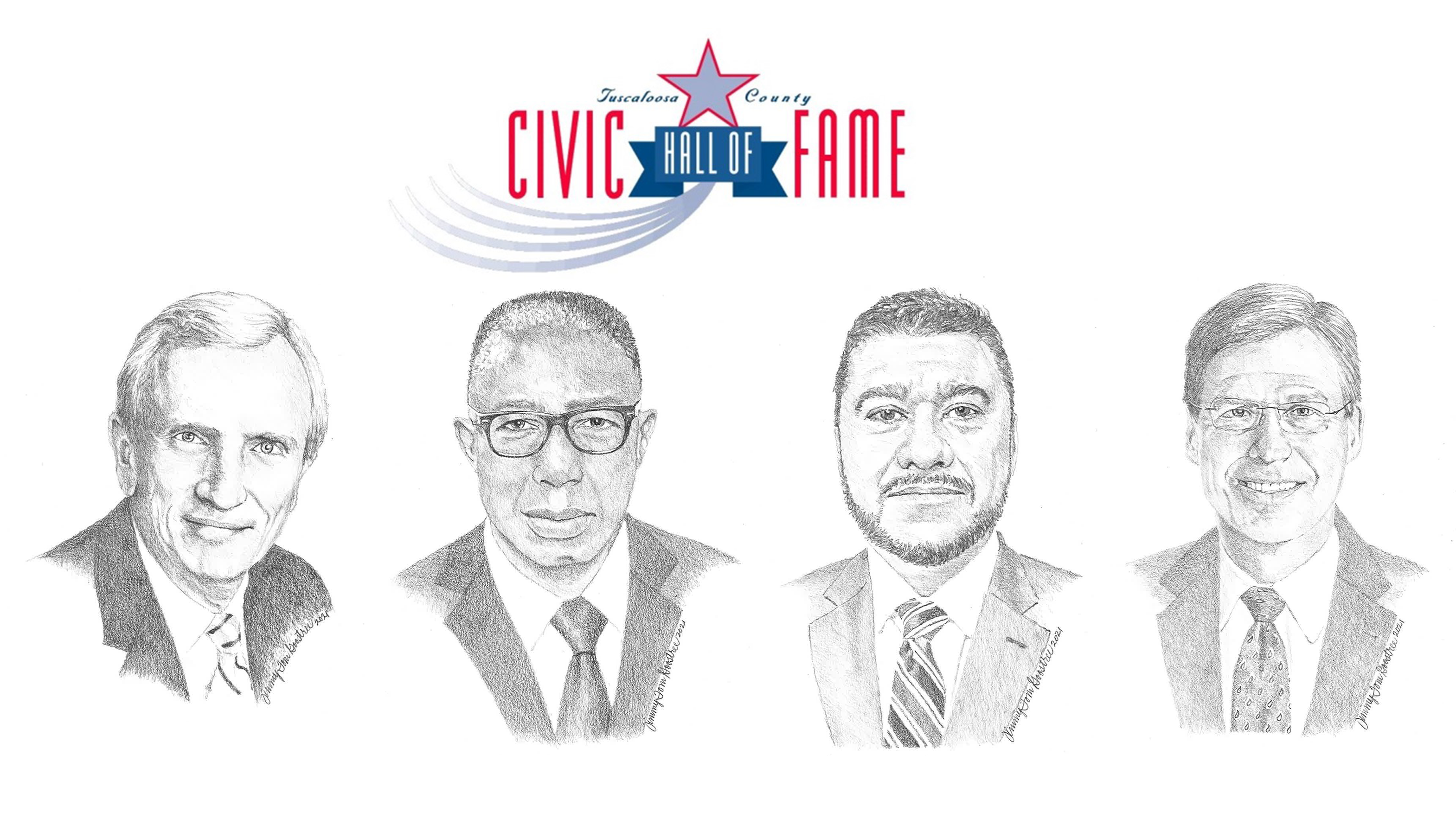 Each year, The Chamber of Commerce of West Alabama honors civic leaders and trailblazers that have made an impact on the quality, livability and economic progress of our community. The Civic Hall of Fame was born during The Chamber’s 100th anniversary year in 2000 and is designed to honor exceptional citizens who have made significant, long-term contributions to the overall development of Tuscaloosa County.

Organizations, businesses and individual citizens submitted nominations for the 2021 class. These were reviewed by a committee and honorees were selected.

Honorees will be inducted into the Civic Hall of Fame on Oct. 21 at 10 a.m. at Government Plaza. In the event of bad weather, the ceremony will be moved to the Tuscaloosa River Market. RSVPs should be sent to alicia@westalabamachamber.com or by calling 205-391-0561.

The 2021 Tuscaloosa County Civic Hall of Fame honorees are: 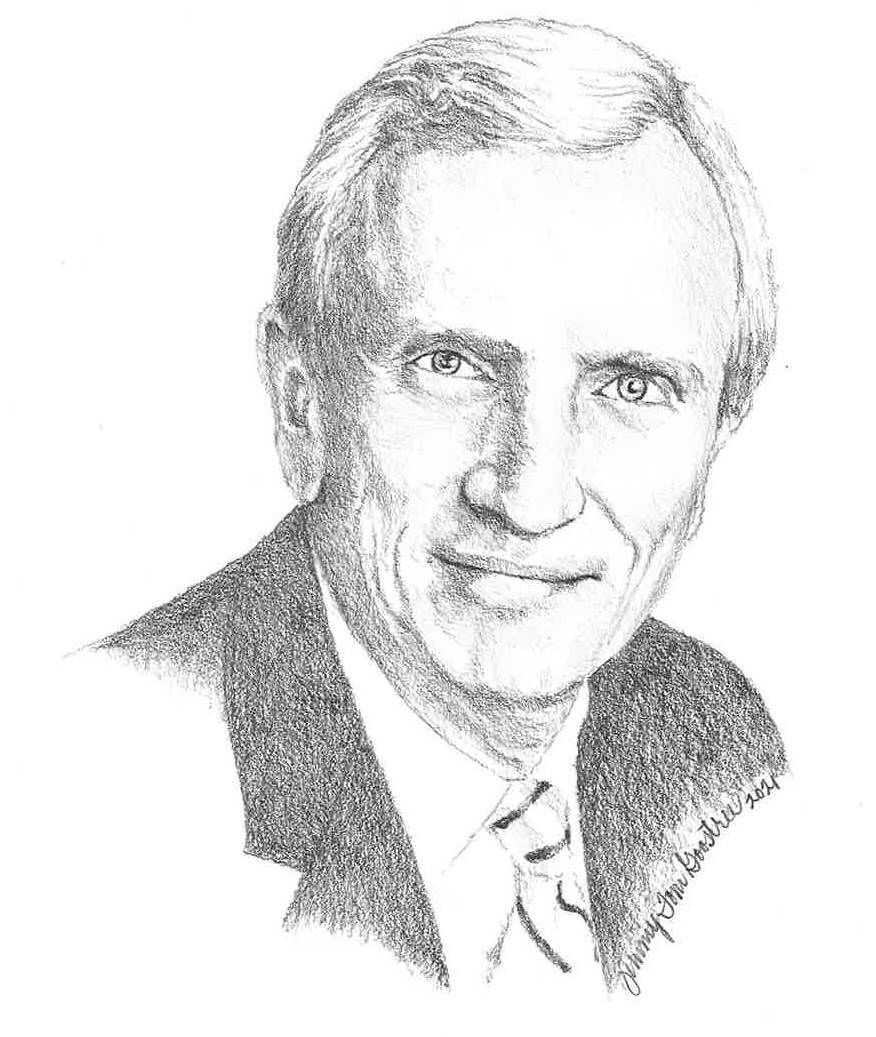 Robert N. Almon Sr. was an instrumental figure in the changing face of Tuscaloosa. His vision for this area can be seen throughout our community.

During a career that spanned decades, Almon’s impact on the community includes countless significant accomplishments that have helped shape Tuscaloosa including the design of Tuscaloosa's water supply (Lake Tuscaloosa), the City's Downtown revitalization, planning and implementation of the city's first sewage collection system, widening of 15th Street from a two-lane street to a six-lane thoroughfare, the design of River Road (now known as Jack Warner Parkway) and the design of the Tuscaloosa Riverwalk

Almon’s military career included serving in the U.S. Army Corps of Engineers, retiring as Lieutenant Colonel and an assignment at the Pentagon. He received his Bachelor of Science and Master of Science in Civil Engineering from The University of Alabama.

Almon was among the first civic delegates to travel to Tuscaloosa's Sister City, Narashino, Japan in the mid-1980's. Civic leaders from across Tuscaloosa traveled to Narashino where they enjoyed the exchange of ideas and the development of a long-term partnership between the two cities.

In 2007 the Chamber of Commerce of West Alabama named Almon its Advocate for the Year, citing his contributions to Tuscaloosa's economic growth.

Almon was a long-standing member of Rotary Club where he was a Paul Harris Fellow. He was also a former member of the City of Tuscaloosa Port Authority. He was a member, Elder and Deacon at First Presbyterian Church.

Almon tireless commitment to the Tuscaloosa community and his unwavering integrity in both his professional and personal life have had a lasting impact on the entire west Alabama area and the State of Alabama. 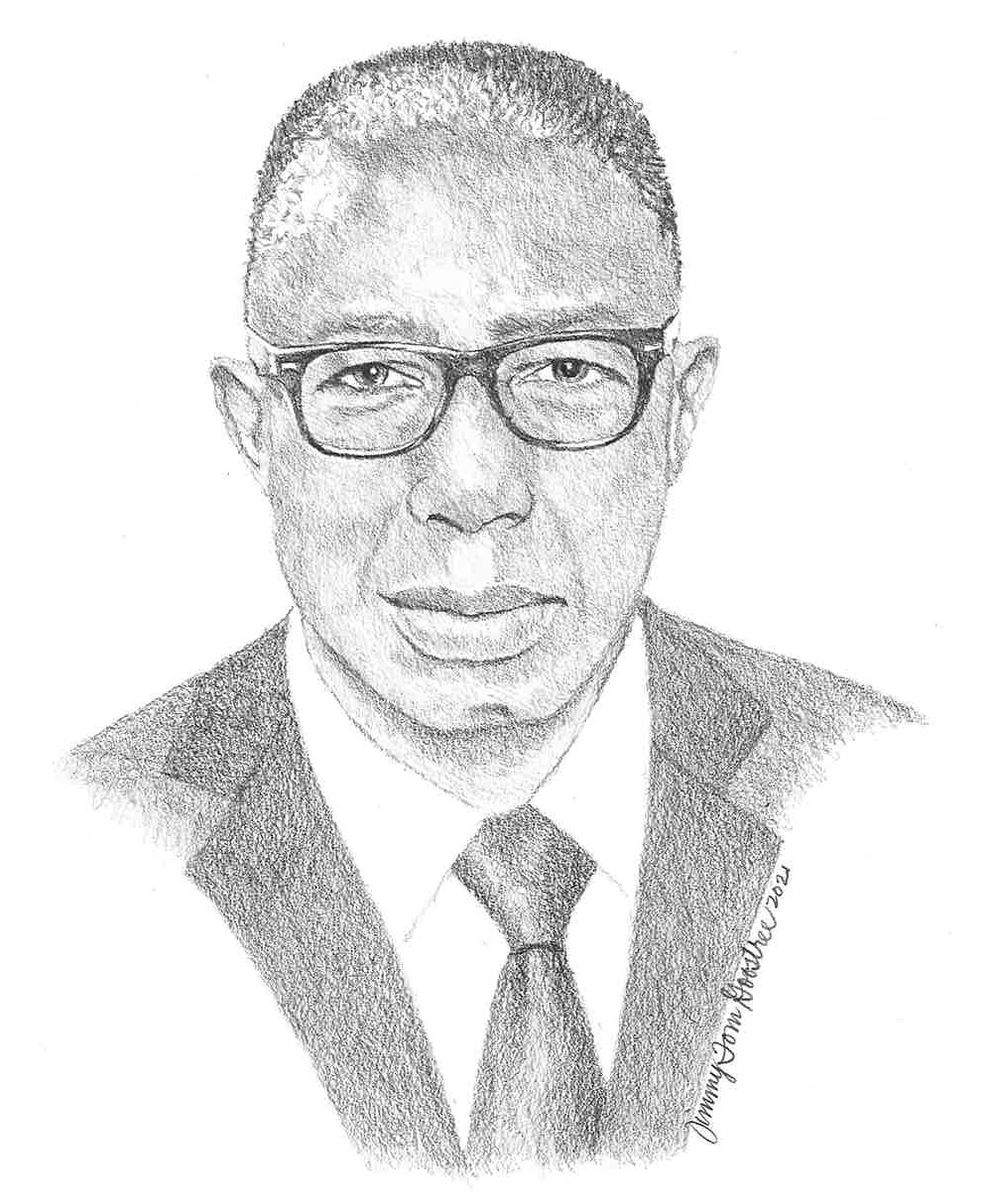 David E. Gay Jr. is a lifetime resident of Tuscaloosa. He graduated from Druid High School in 1974 and received his master’s degree in social work from The University of Alabama in 1982.

Gay’s career led him to become the first African American director of Bryce Hospital as well as the director for the Taylor Hardin Secure Medical Facility.

Gay is a retired military officer after serving 27 years in the Alabama National Guard, retiring at the rank of Major. He has taught at The University of Alabama, Shelton State Community College and Stillman College.

Gay is dedicated in supporting the Tuscaloosa community. He has served on the United Way Board of Directors, Red Cross, Temporary Emergency Service and the Chamber of Commerce of West Alabama Board. He currently serves on the Boards of Department of Human Resources (DHR), PARA Foundation Board, Elevate Tuscaloosa Advisory Council, Mayor’s Alliance for Opportunity and Advancement for Project Unity, Tuscaloosa VA Credit Union and the Board of Directors at DCH Hospital.

In addition to his community involvement, Gay is the senior pastor at Beulah Missionary Baptist Church. His church is constantly and consistently making a difference in the local community through it continuous outreach housing, clothing and feeding ministries. The church has been recognized by the Mayor of Tuscaloosa and Tuscaloosa City School Superintendent.

His contribution has been noted in newspapers and magazines including Jet magazine and National syndicated radio shows. Gay is currently the CEO of Whatley Health Services, whose 12 sites in seven counties throughout West Alabama serve the most vulnerable in our community.

Gay is married to Flora Bonner Gay, has two children, David and Whitney Gay, and one grandson, David Gay IV. 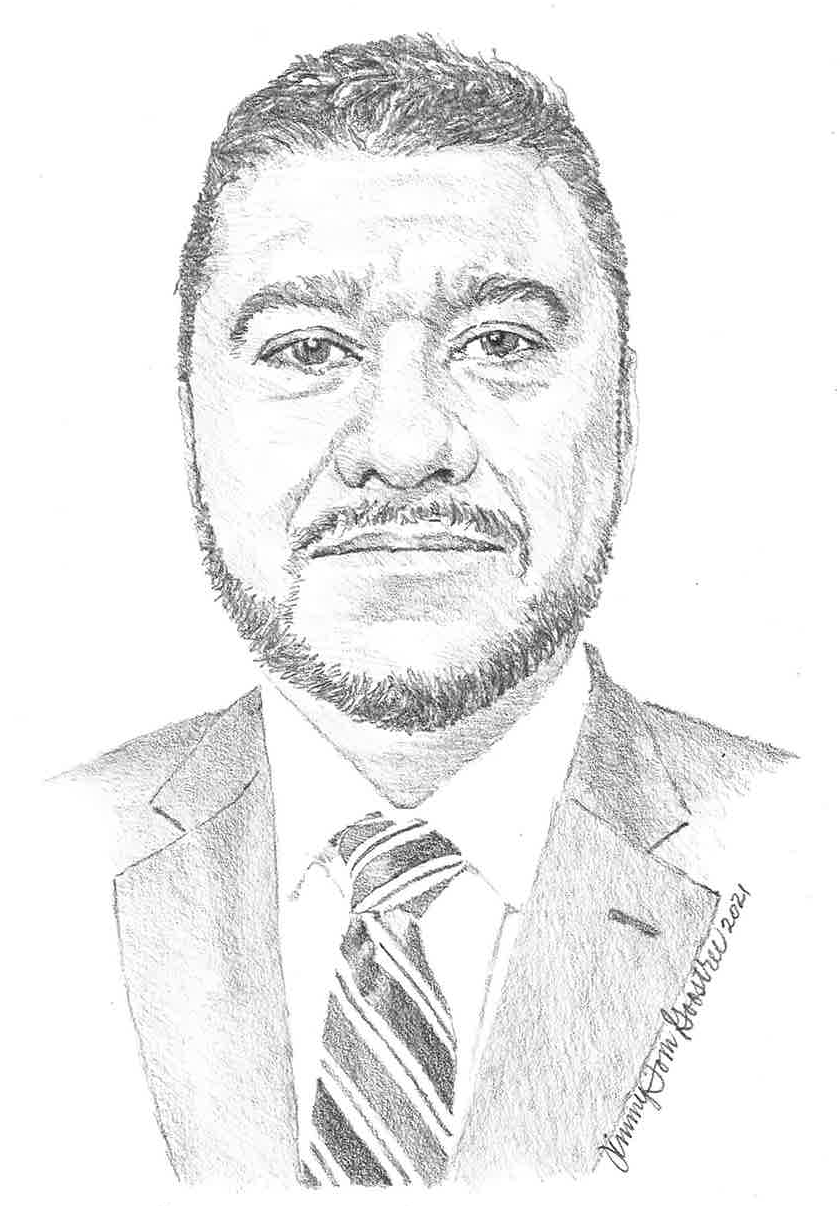 Jheovanny Gomez is a native of Colombia, South America and moved to Tuscaloosa in 1997 to study at the English Language Institute at The University of Alabama.

In 2001, Gomez helped open the first Jalapenos Mexican Grill. He currently co-owns and manages three locations in Tuscaloosa and Northport.

Gomez is dedicated to serving Tuscaloosa, serving on numerous boards in the community. He is current Vice Chair of Membership and Investor Relations for the Chamber of Commerce of West Alabama and former member of the Executive Committee and Steering Committee of the Diverse Business Council. He is an appointed Board Member from the city of Northport to the Tuscaloosa County Industrial Development Authority, as well as the Northport Redevelopment Authority, awarding grants to Northport businesses to beautify the city. He served as former president of the Druid City Business League; present Board Member and 2019 Chairman of the Boys and Girls Club of West Alabama; Board Member of the United Way of West Alabama; member of the Commerce and Information Technology (CIT) Advisory Committee for Holt High School; and serves on the Board of Directors for Tuscaloosa Education Foundation, Eagles Wings, Shelton State Foundation, Hospice of West Alabama, BB&T Bank Advisory Board and The University of Alabama College of Continuing Studies Board of Visitors.

Gomez was appointed by the Governor and served two years (2015-2017) on the Small Business Commission for the State of Alabama.

In 2013, he was featured in the magazine, 'Business Alabama' as one of the "Movers and Shapers" along with other recognized figures in the state of Alabama.

In 2014, Gomez received the Member of the Year award, the highest individual honor that is given to an individual by the Chamber of Commerce of West Alabama.

In 2017, he received The Minority Business Council Trailblazer Award.

In 2018, Gomez was chosen by SCORE, a national network of volunteer business mentors, as one of the group's Small Business Champions. That same year, Gomez attained his United States citizenship.

In 2019, he was the recipient of the West Alabama Young Leadership Award (WAYLA).

Gomez is married to Johana Gomez and father of three: Josephine, Jacob, and Gomez Jr.

In addition to fulfilling the varied and rigorous demands of operating three restaurants, Gomez's willingness to contribute to civic leadership is undeniable. Truly, Gomez's extensive appointments and service record demonstrate his genuine commitment to the West Alabama community. 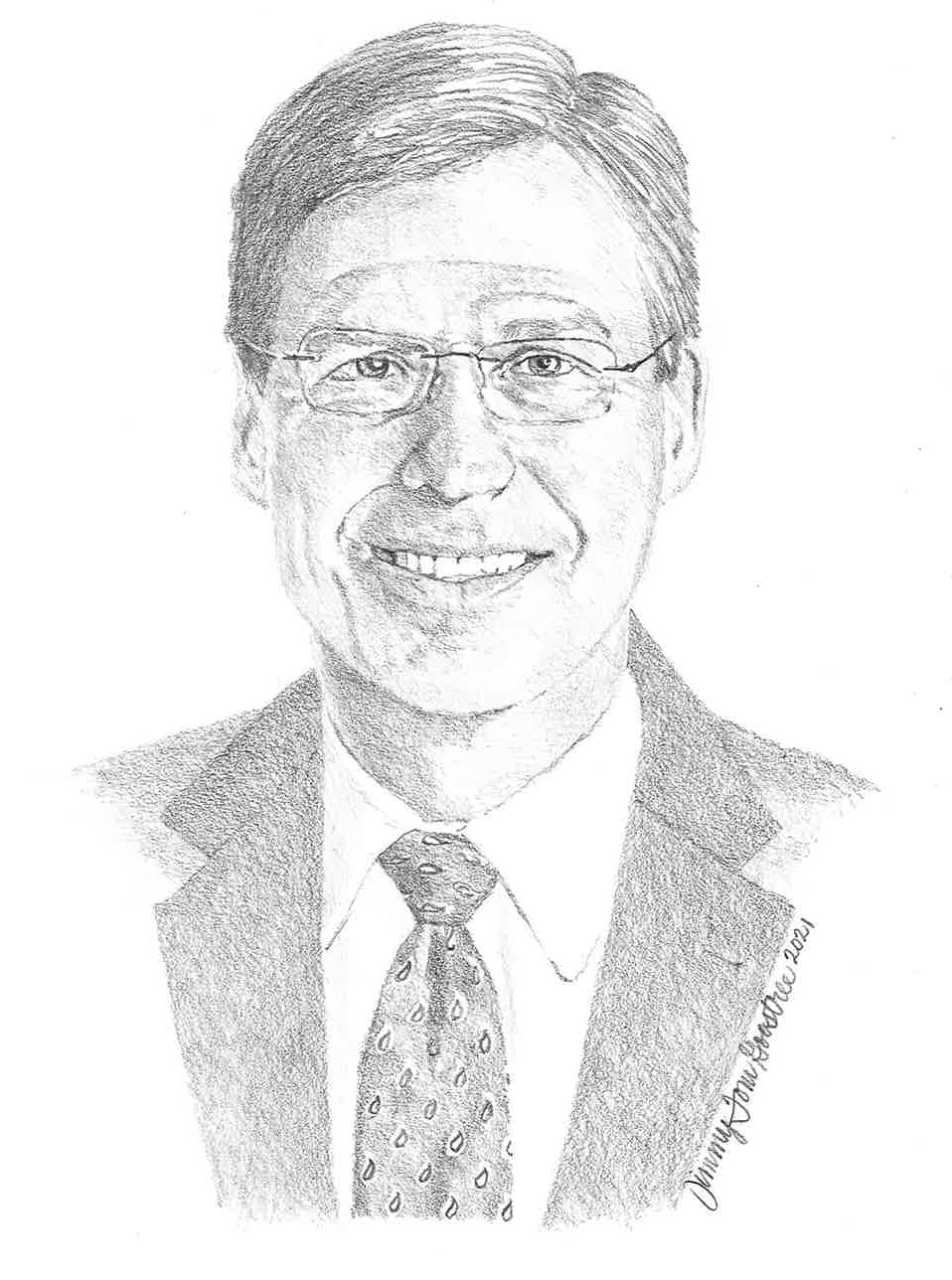 Mark Sullivan was born in Spartanburg, South Carolina and grew up in Houston, Texas. He moved to Tuscaloosa to attend The University of Alabama and graduated with a degree in corporate finance in June 1986.

Sullivan has avidly supported the Tuscaloosa community. He has served in numerous capacities for the Chamber of Commerce of West Alabama, including Chairman in 2012. He was instrumental in the search for the Chamber’s current president, Jim Page, helped develop multiple long-term initiatives and Chaired the Chamber’s Foundation when the new facility was acquired.

During his retirement, Sullivan volunteered his time and skills assisting the Chamber with the Small Business Relief Fund, a program that allocated funds to assist local businesses during COVID-19.

Sullivan assumed the role of Chairman for the Tuscaloosa Education Foundation (TEF) in 2020, providing support and financial resources to enhance public education through our two school systems.

Sullivan is a strong advocate for children. In addition to his involvement with TEF, he has served on the board of the State of Alabama Prepaid Affordable College Tuition Plan. He has served on the board for Agape of Central Alabama, is Past President of Big Brothers Big Sisters of West Alabama, Past President and current Executive Board member of the Black Warrior Council of Boy Scouts and a volunteer for Junior Achievement.

Sullivan was a key player in the creation of the Edge, a business incubator initiative that promotes entrepreneurship and innovation. This was a collaboration between The University of Alabama, the Chamber, and the City of Tuscaloosa.

Mark has also served on the board of the Arts and Humanities Council of Tuscaloosa to expand the benefits of rich cultural programs to all the people of this county.

Sullivan and his wife, Mary Mike, have three daughters; Lindsey, Holly and Maggie. He is a valued asset of Tuscaloosa County, and his contributions continue today to make Tuscaloosa a better place for all to live, learn, work and prosper.